This website includes sections which have been automatically translated into English, Korean, and Chinese by machine translation. As machine translation is not perfect, the contents of some of these articles may be inaccurate or differ greatly from the original Japanese meaning. Please be aware of this when making use of the website.

Another Ginza in Tokyo?

Tokyo’s best known shopping district, Ginza, lined with high-end brand shops and Michelin star restaurants is a must-stop for any tourist. But many tourists might miss another authentic shopping district of Tokyo, located just 20 minutes away from Ginza, called “Togoshi Ginza.”

Togoshi Ginza is a well-known “go-to” spot for food-savvy locals and visitors alike. The neighborhood is made of three shopping streets with an array of nearly 400 vendors. It is recognized as one of the longest shopping streets in Japan. Amazingly, this little downtown attracts nearly 10,000 visitors every weekend. What makes people come to this local spot?

Strolling the streets, you will be fascinated by not only an array of foods that are wallet friendly and tasty, but also the charm of Tokyo everyday life. At a yakitori open-bar, a hang-out place for locals, men enjoy yakitori with beer in the afternoon. At the same time school children munch on yakitori for their snack after school. Mothers with babies pass by, stopping at local meat stores to buy fried bread-crumbed food (korokke) for their supper, and to chat with shop owners. In this friendly and laid back atmosphere, you forget you are a tourist. Just wandering in the neighborhood, you can experience Tokyo life: talking with shop owners, picnicking with a bento (box lunch) at a park, or soaking in an outdoor hot spring “Onsen” bath at the public bath. This is the neighborhood where you can feel part of Tokyo life. Enjoy the hometown sprit of Togoshi Ginza!

From Tokyo Station, take JR Yamanote toward Shinagawa, get off at Gotanda. Take the Tokyu Ikegami Line until you reach Togoshi Ginza, two stops from Gotanda. Or take the Toei Asakusa Metro toward Nishi Magome, and get off at Togoshi. The shopping streets run right in front of both stations.

History of Another Ginza

In the mid 1920’s, Tokyo was still recovering from the devastation of the Kanto Earthquake and Ginza was also struggling to rebuild itself from the rubble. Togoshi, in contrast, was still an outskirts area that was often submerged in water due to insufficient drainage along its unpaved roadways. Togoshi, however literally built itself and its roadways out of the debris and bricks left from the Ginza’s quake damaged buildings. With hopes of making something better and more glamorous, the town decided to rename itself Togoshi Ginza.

After eating classic Japanese foods such as tempura, sushi, and sukiyaki, why not try eating local Japanese foods: yakitori, korokke (fried bread-crumbed food stuffed with mashed potatoes), fried chicken, gyoza (dumpling), and oden (fish cake stewed in dashi-soup). These foods are loved by Japanese and highly recommended because they are cheap and simply yummy! Togoshi Ginza’s shopping streets can satisfy every appetite because it is the epicenter for real local foods.

A 1.3 km (0.7mile) long walk through the streets of Togoshi Ginza offers many new discoveries of local foods. For beer or sake lovers, follow the smoke and soy sauce aromas and you will be tempted by tenderly roasted yakitori perfectly matched with chilled beers. For sweets lovers, there are little shops that sell “kawaii” doughnuts and cookies decorated as petite animals such as dog, raccoon, and cat. These sweets are so nicely decorated that you may hesitate to eat them. Don’t forget to try some Japanese traditional sweets, too. These attract discerning foodies of all ages.

Korokke (Croquettes), deep fried bread-crumbed food stuffed with mashed potatoes and meat appears on menus everywhere in Togoshi Ginza’s shopping streets. Korokke, which originated from French croquettes is now a Japanese favorite food such as curry-rice, ramen, and gyoza (dumpling). Togoshi Ginza is well known mecca for korokke lovers. You can find 20 varieties of korokkes such as oden, fish pasted ball stuffed inside a korokke, or gyoza, dumpling stuffed inside a korokke that are served on site at shops. Generally, one korokke costs around 100 yen. You can pick up a free korokke guide map and even take a korokke trip through the streets.

Eat in the Streets

Togoshi Ginza streets are closed to cars for 3 hours every afternoon, so that people can enjoy shopping without worrying about passing cars. You can walk in the middle of streets while munching on fried chicken or dumplings.

Another unique aspect of this town is what it doesn’t have: utility poles and the web of power lines that are ubiquitous in Japan. In 2016, Togoshi Ginza completed removal of all utility poles and laid powerlines underground in order to create a safe walking and shopping area with wider sidewalks.

If you are tired of walking and want to sit down somewhere to enjoy the food you have bought, the best place is to go to Togoshi Koen(=park), a historical landmark, which was an originally garden of a lord’s compound during 15th century, Shogun-era. Togoshi Koen is an amusing place you can spend a few hours just watching Tokyo life: kids playing, locals reading books, mothers with babies picnicking, or even ducks and carps swimming in the pond. Before you head back to your hotel, hop in a public bath house for soak.

Togoshi Sento (public bath) is well known for its authentic hot-spring and an outdoor bath with a Tokyo sky view. Watching the traditional mural of Mt. Fuji in the bath, you might have a feel as if you were visiting the famous hot-spring town, Hakone near Mt. Fuji. Soaking in a hot water tub relaxes your body and mind. Your visit would be not be complete without a sento trip.

Togoshi Ginza Sento
Togoshi Ginza Sento relies on a simple hydrogen sulfide taken from an underground source that is said to be good for skin tone, recovery from exhaustion, and many ailments. For 460 yen you can enjoy indoor bath or outdoor bath, a Jacuzzi, and even a sauna.

Togoshi Park
The magnificent entrance gates of the park are reminiscent of a feudal lord’s manor of the 15th century of Edo period. The park is a relaxing spot for locals with walking paths that lead to a peaceful pond and waterfall. Sit down on one of the benches that are set in the shade beside flowerbeds and overlooking the pond. The park has various trees and in spring you can enjoy cherry blossoms when in bloom.

Togoshi Ginza Shrine
The shrine was originally founded in 1526 and the present shrine was built around 200 years ago. It is a sacred place, a house to the local Shinto God and is believed to serve as guardian for the people in the area. Once you step in the shrine area, you would be totally amazed by the tranquility you can find in the middle of the city. 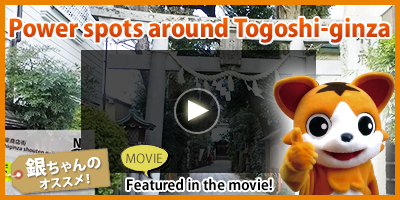 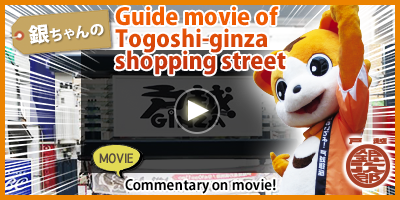 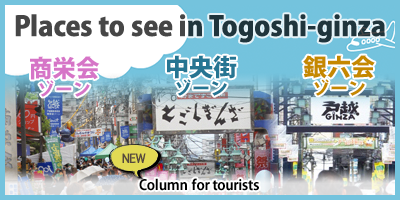 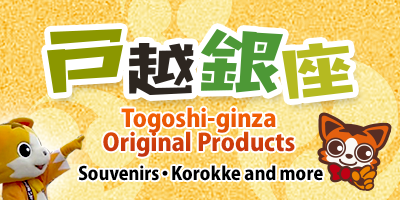